As Seen on Sky TV & The Mystic Way

Free UK shipping on all orders over £50

One question that I am asked on a regular basis  is “do ghosts really exist? .. this is actually a deep subject and one that I could write about for hours. But briefly here’s my view on this. Firstly the  word “Ghost” is all wrong in my opinion, it conjurers up images of Hollywood style ghouls and phantoms, the term “earth bound spirit” fits better I think. Also earthbound spirits are not nearly as common as depicted on TV and in the movies and they are not nearly as scary. So how why do some Spirits end up being earthbound and  how are they helped on their way. Here is a very basic list of conditions that may hold a spirit to this earth plane when it is time to depart.

That last category is perhaps the one that most people lump all earthbound spirits into, this is again because of the image we have been taught by films and TV. Really these things are never black and white and often when I am asked to help in a so called Haunting there are perhaps two or three things going on at once.  I won’t go into detail in this post but there are “parasites” in the Astral realm that are fairly unintelligent  but can act like earthbound spirits or be around where partial earthbounds are resident. They can cause poltergeist type activity and again they can take some handling to be rid of them totally. So if in the unlikely event you do come across an earthbound spirit how do you help them over.

Notice I didn’t say “get rid of” or “banish” these are only called for in the rare cases of malicious entities. First thing to remember is this, they cannot or rather do not want to hurt you, actually they need your help. At this point it is best to call on someone who knows how to handle these situations. Be careful here, there are plenty of well meaning Spiritualist who think they know what they are doing can actually make things worse. I have seen situations made worse because someone came in and “opened a door” to a level on the Astral plane that should have stayed firmly such. The process of helping an earthbound spirit is in a nutshell as simple as asking them to look around them and seek their  Ancestors who will be waiting for them to acknowledge that it is time to go.

There are actually two deaths (if death is the right word) the first is the psychical body death, the time when we depart from this world. But what you don’t see is the second death, this is the time when the Soul of the departed crosses the threshold between this world and the Astral world. It is that second death that has not taken place for the earthbound soul and it is that process that a good Medium will be guiding the stranded soul towards. You have probably heard terms like “go to the light” in films, these actually are not far from the truth, there is an Astral Light that is magnetic and is ever drawing the stranded soul. If the earthbound spirit absolutely refuses to go and is happy to walk this plane, then other methods are needs, but we will look at those in a future post. 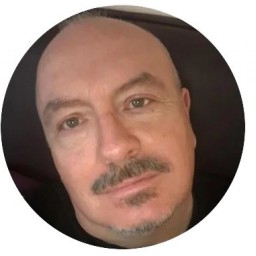 Paul The SeerPaul The Seer is a Psychic Medium from the UK. I work full time from Cambridge and online. This blog is to showcase and offer some of the best Psychics & Mediums that he has come across in the last few years.
Posted in:
Paranormal
Tagged:
ghosts, hauntings, spirits
Categories
Recent Posts
Free UK Shipping